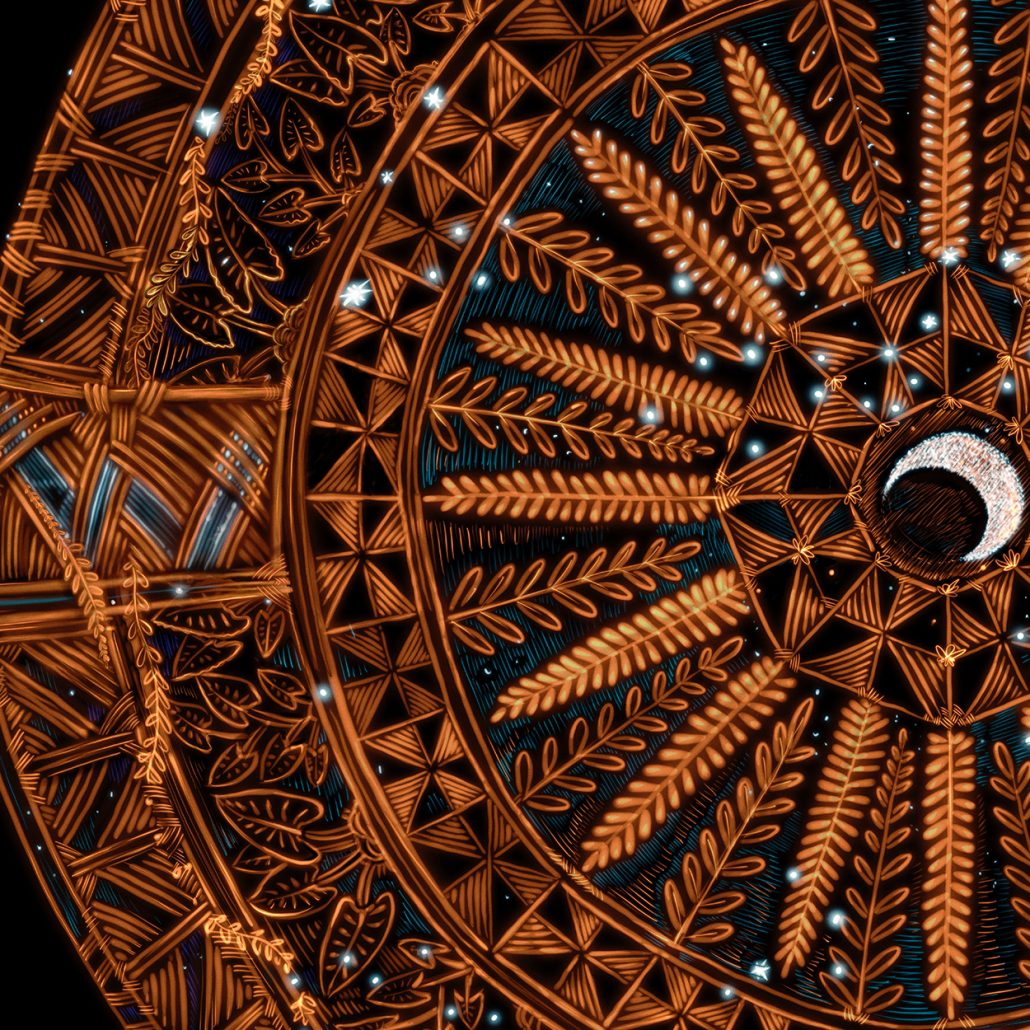 Matariki, Māori New Year, is a constant source of inspiration for Tuffs.

Award-winning exhibitions, collaborations and ongoing series have been dedicated to this celebrated event.

In his ongoing work, these themes are explored in the Maori Pasifika Woodcut Font, Lasercut Matariki star, and Te Moana-Nui-a-Kiwa series.

The rising of the Matariki star cluster announces the Māori New Year, a time of gratitude for fine harvests; short days and long night skies.

Here, time is a pathway without beginning or end, a cycle of turn and return. Moon phases and the rising of constellations punctuate changing seasons and suggest order. Marked with North, East, South and West, Star Compass for Matariki holds together wild and cultivated plants, the fine arts of the Moana and the star waka of ancestors.

In 2017, his collaborative artwork with a group of students ‘Matariki – Māori New Year’ won both the Primary School Category and the Overall Awards of the prestigious Saatchi Gallery London Art Prize for Schools. The students left feeling empowered having learnt new artistic skills and cultural knowledge of the significance of Matariki.

In 2017, Tuffs collaborated with Yvonne de Mille for the Matariki Dawn Exhibition, hosted at Mahara Gallery, Waikanae. The installation was inspired by the traditional use of Manu Aute and Manu Tukutuku kites during Matariki celebrations.

Ancient Māori have flight embedded in their traditions, they saw Manu Aute as connectors between the heavens and earth. Believed to be messengers, and like birds, they had spiritual connections with the gods. These bird god forms are found throughout the Pacific. 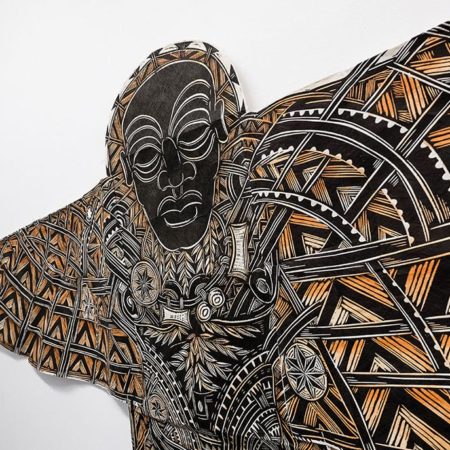 This piece is part of the Moana-Nui-a-Kiwa series which share stories of unfurling life and ongoing whakapapa, the unbreakable connections of past-present-future and ocean-land-sky. Prompted by stills from the Mana Moana meditation, each work has been hand-drawn, extended and reinvigorated at extraordinary resolution.

This emblematic black and white woodcut on crisp white paper is inspired by a deep commitment not just to the peoples of the Pacific but to the environment. Each font in the Enviro and Maori Pasifika series narrative incorporates cultural symbolisms and environmental narrative from Aotearoa New Zealand and throughout the Pacific. In this case, the celebration of Marariki.

These three series of stars reference the Matariki star cluster (the Pleiades or Seven Sisters).

Matariki (Pleiades) star cluster first sighting signals the time to plant, exchange stories and share knowledge as the new year is about to begin.

The two series of kites are inspired by the traditional use of Manu Aute and Manu Tukutuku kites during Matariki.

Manu Aute is a generic name for Māori kites, but it specifically refers to those covered with the bark of the aute (paper mulberry) tree, which these ones by Michel Tuffery are. Manu Aute were made in a variety of forms but tended to be in the shape of a bird, a form which is found across the Pacific including Tahiti, Rarotonga and Kiribati.

For Michel Tuffery, kites are a metaphor for renewal. The original Manu Aute could be considered as being the old cellphone network between earth and sky. Kites were used for communication, both as a spiritual connection with ancestors and as a messenger between Pā sites in different locations. 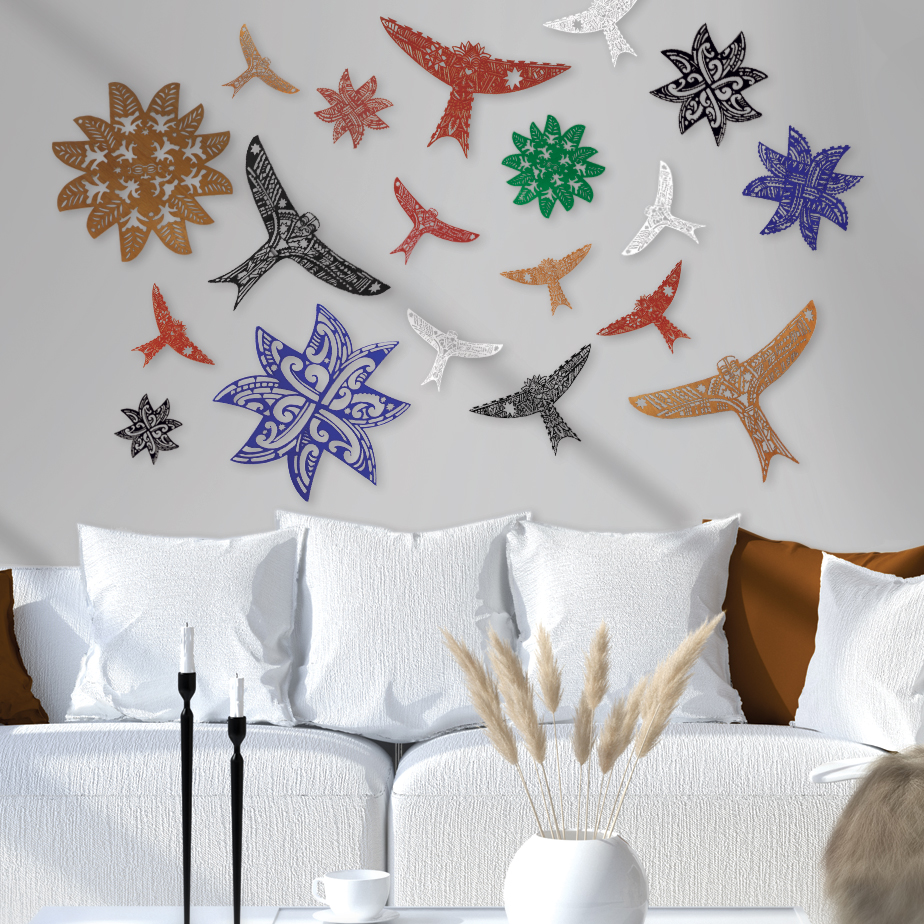 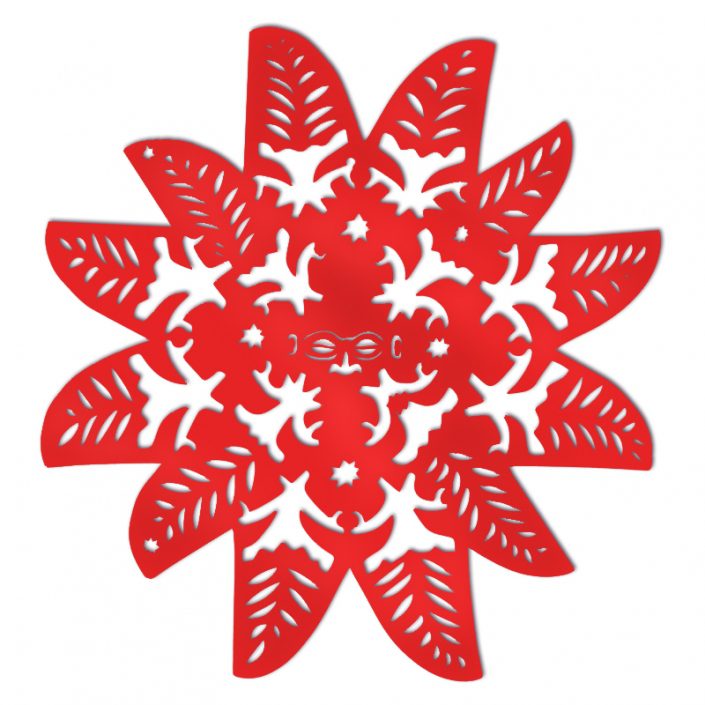 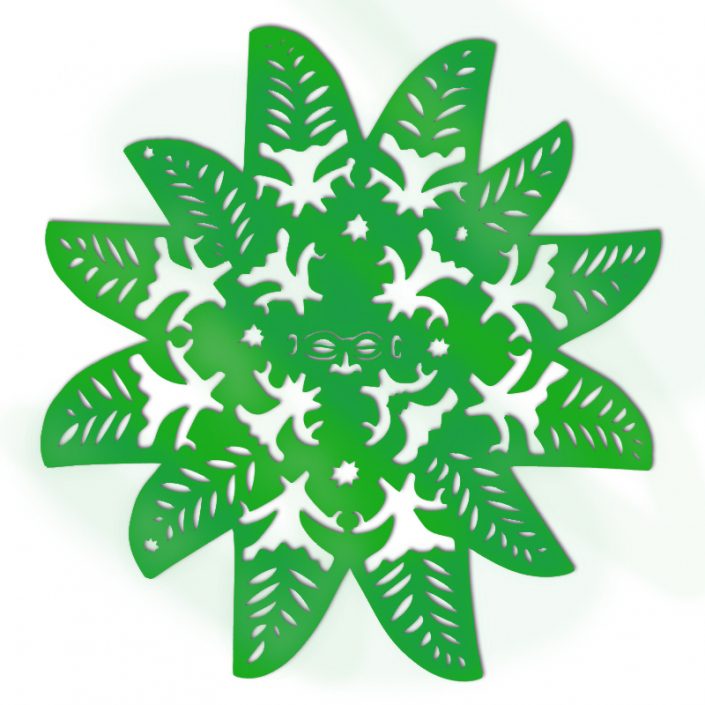 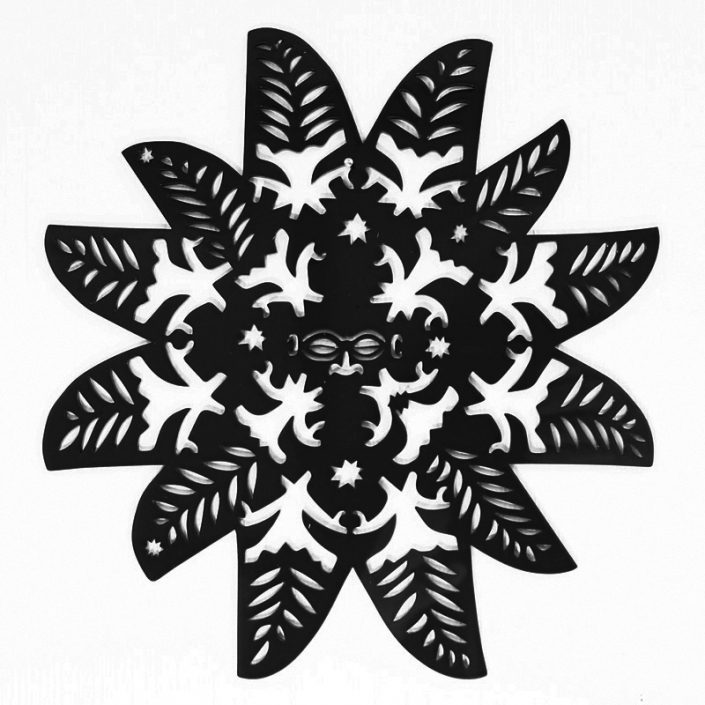 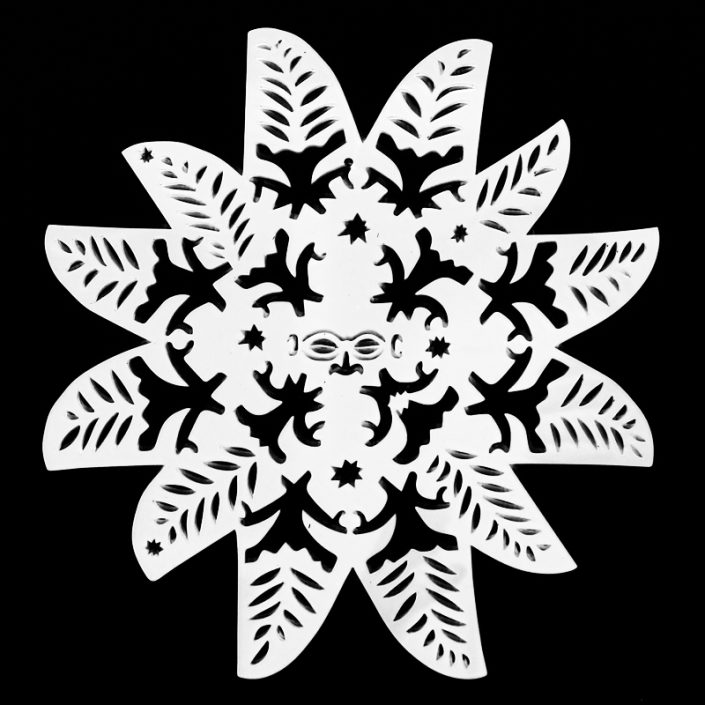 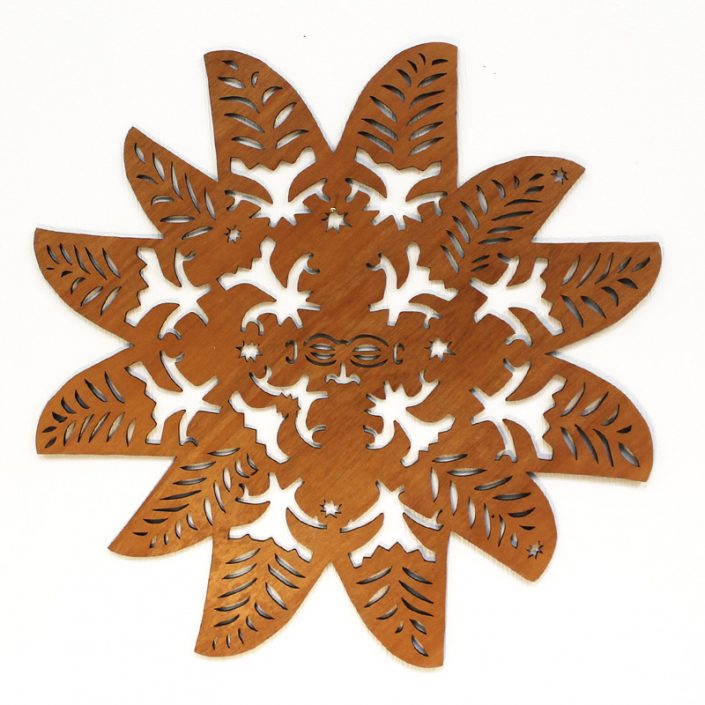 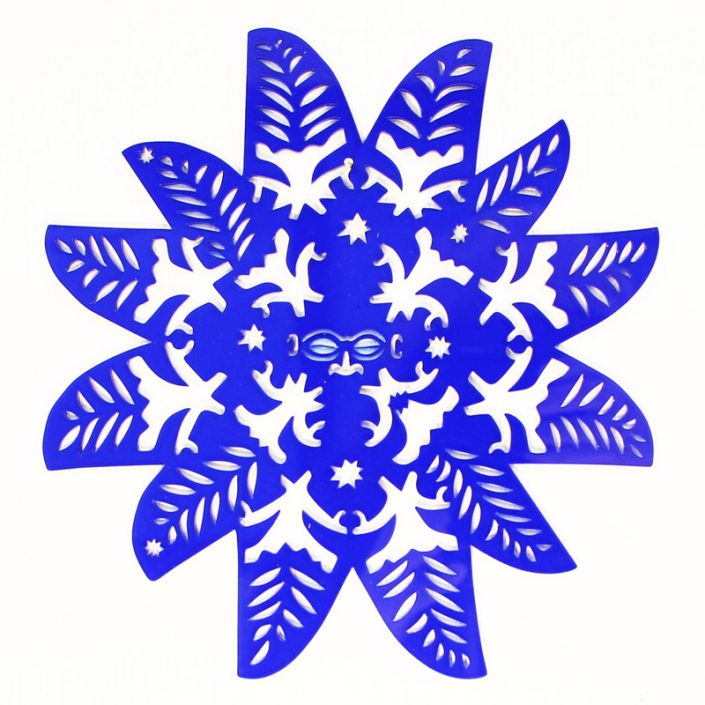 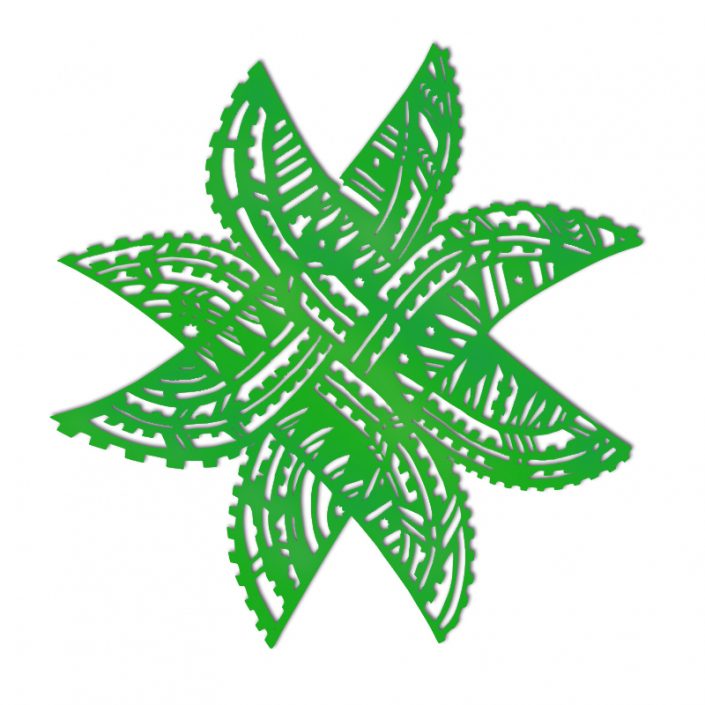 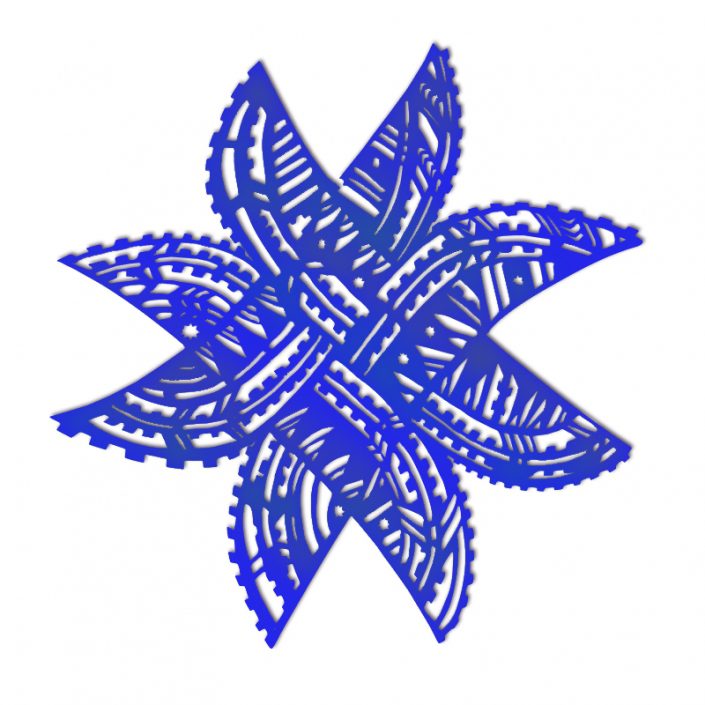 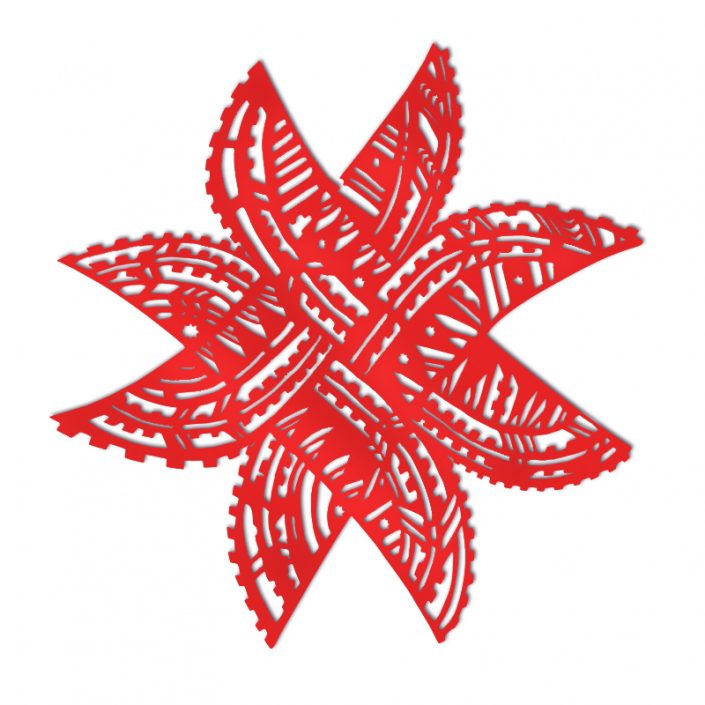 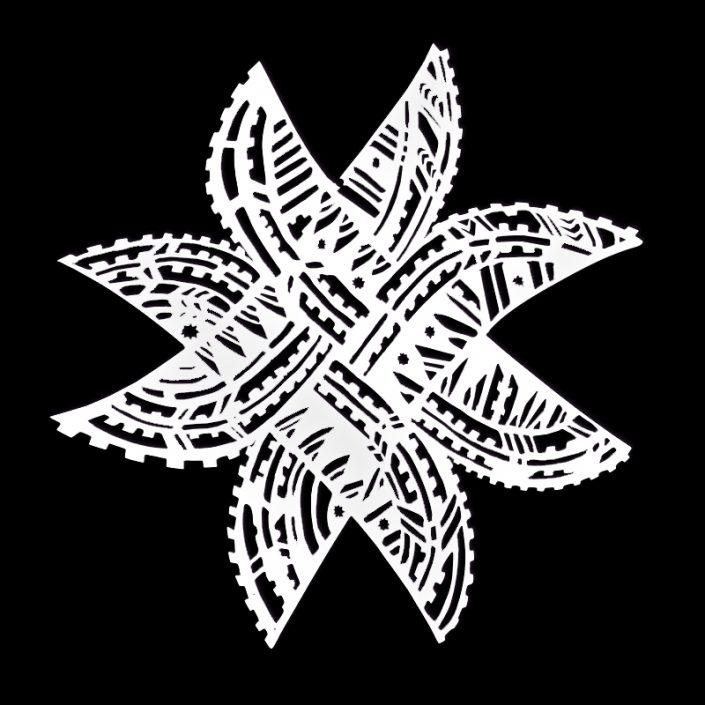 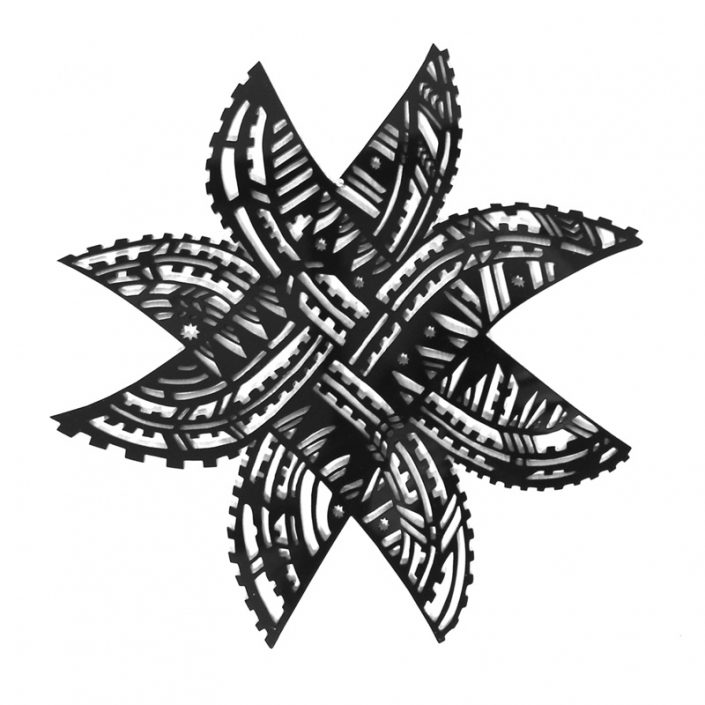 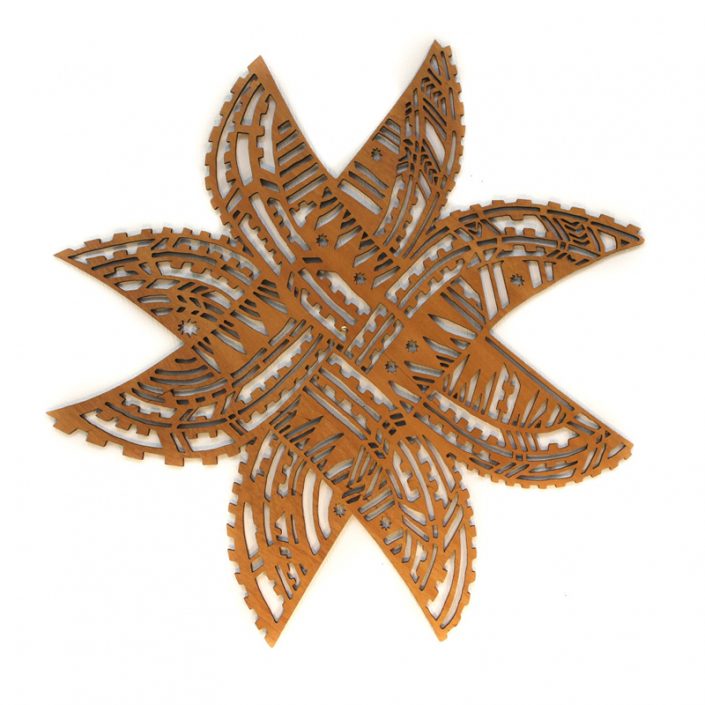 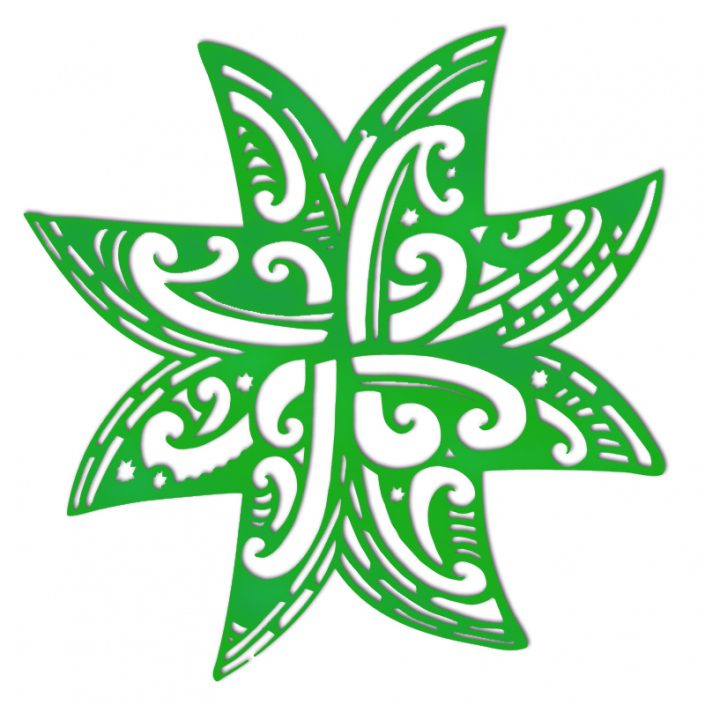 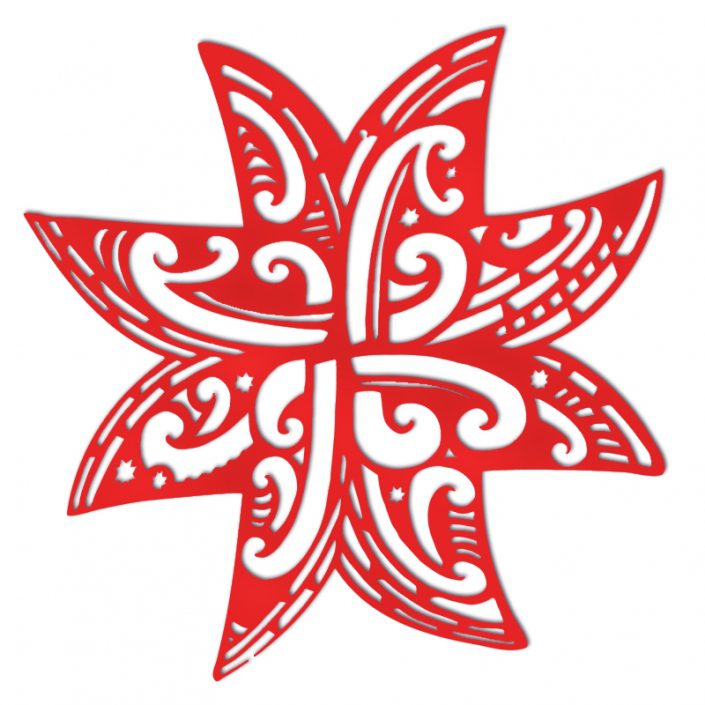 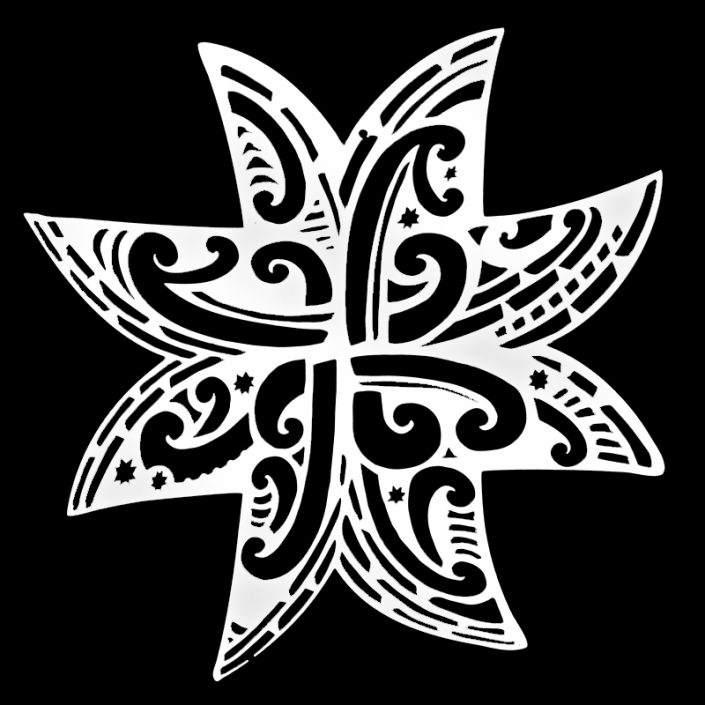 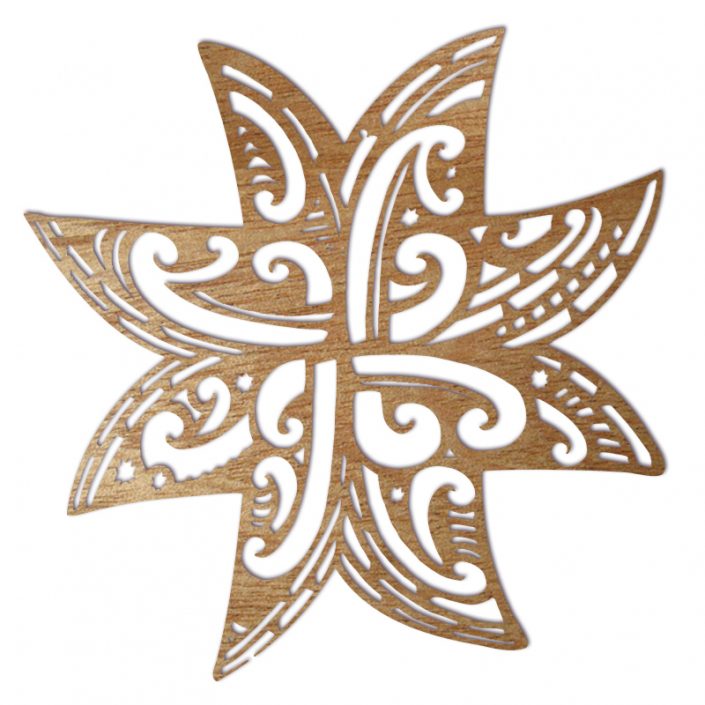 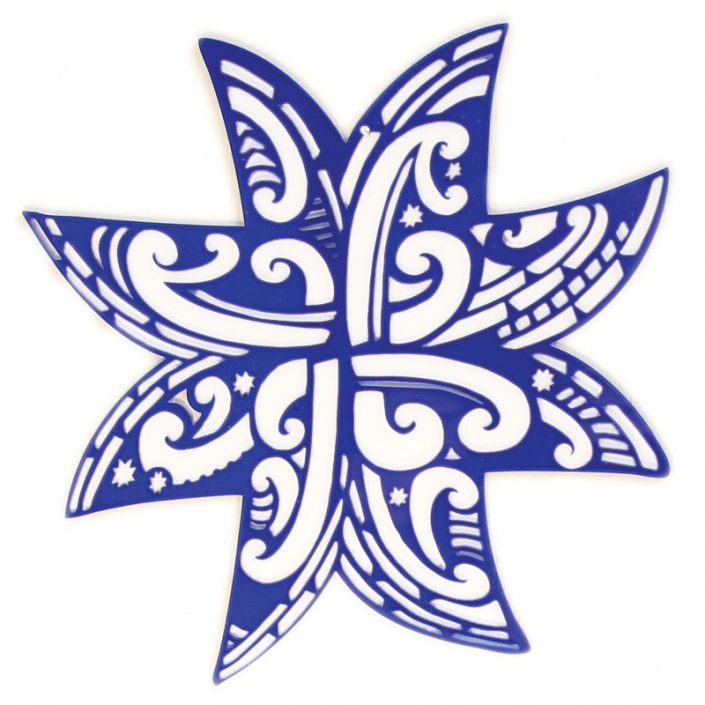 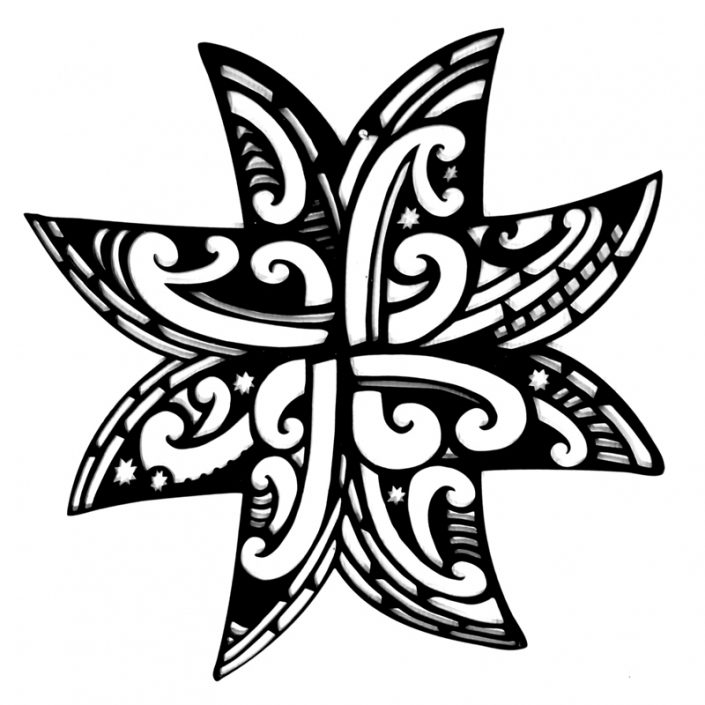 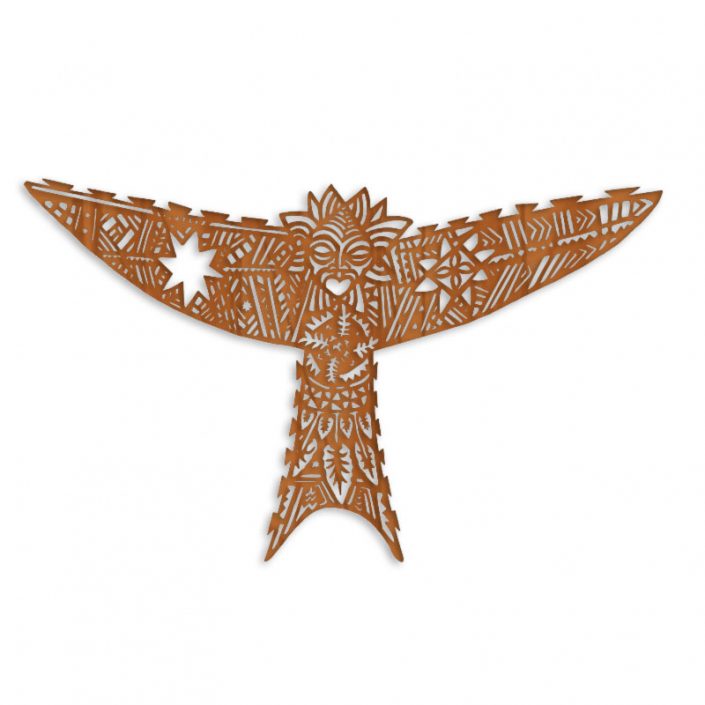 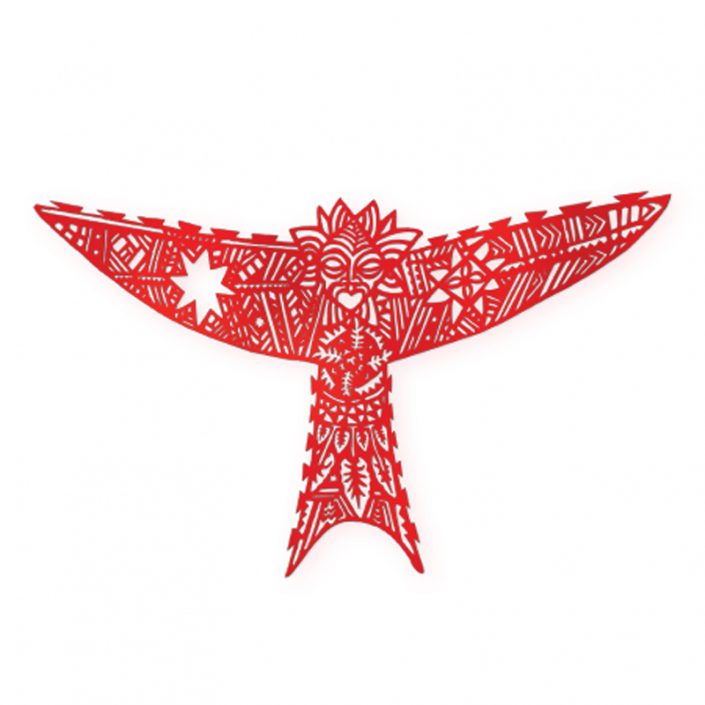 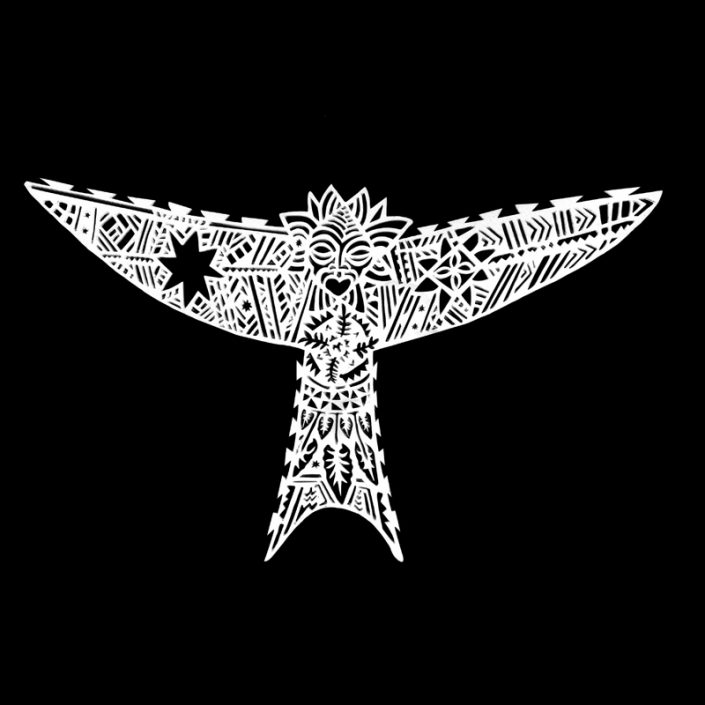 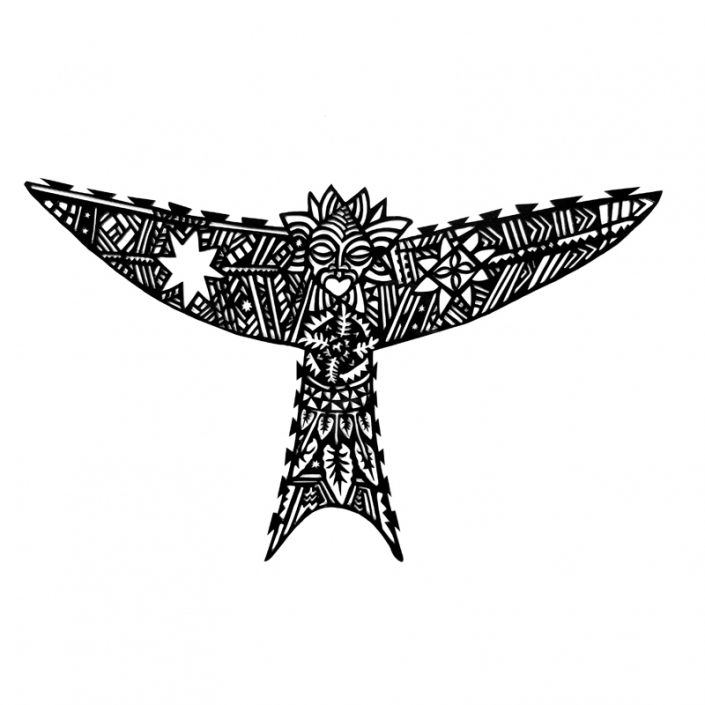 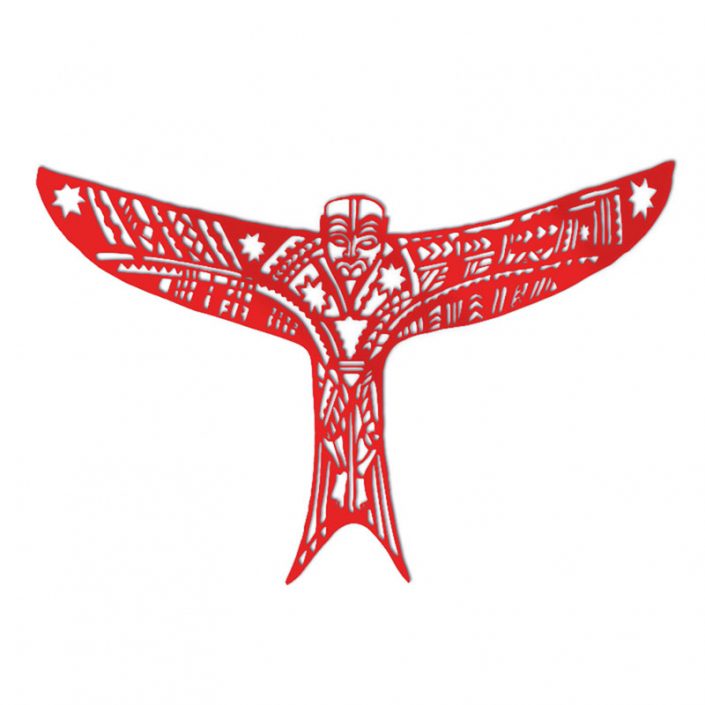 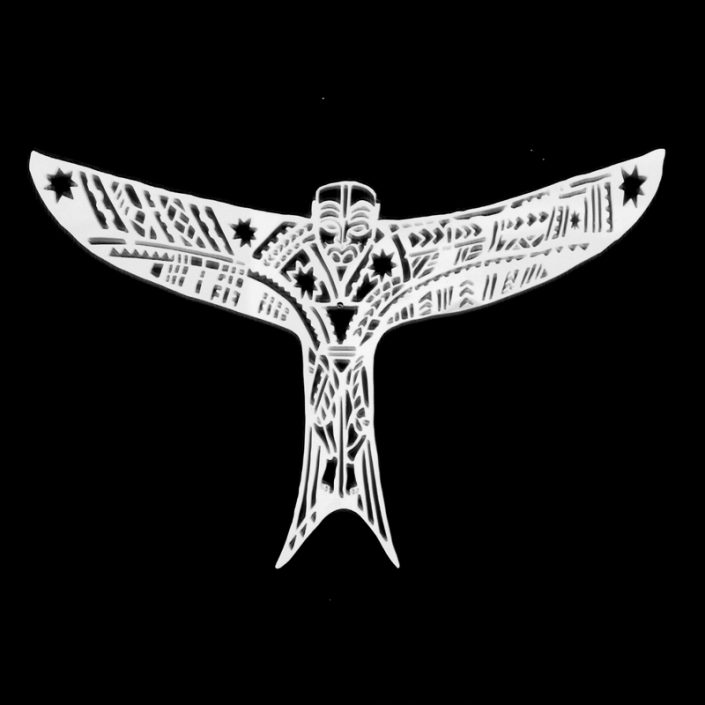 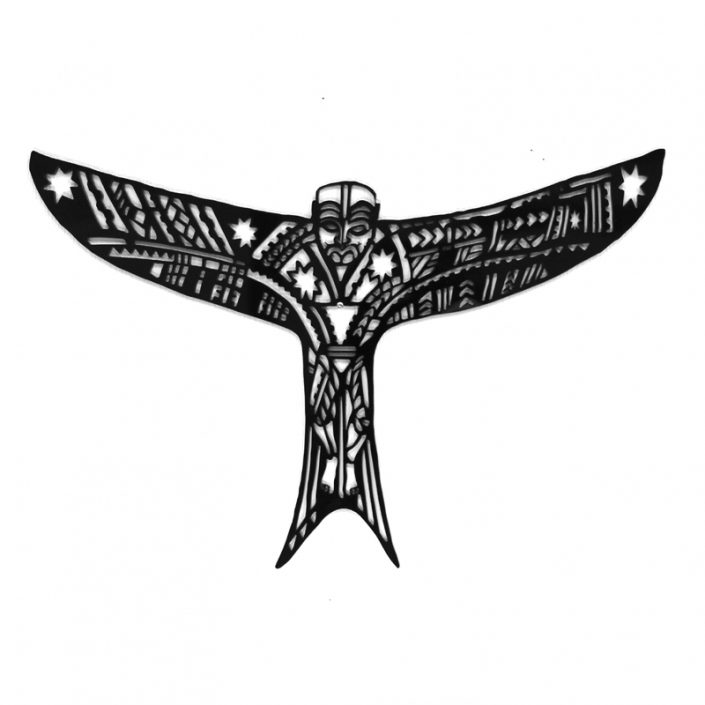 Windows over Wānaka
Scroll to top