I like to bring place, people and performance together in new ways, to create rich emotive experiences and charge urban space with a sense of the sacred and spiritual. These works are often grand in scale and tend towards the dramatic and spectacular, with recurrent themes evocative of ritualistic acts of both celebration and warfare.

First Contact is an extended study incorporating drawings, prints, painting, sculpture and multi-media that I have been pursuing in various iterations since 2003.

The study views eighteenth-century Pacific history from a contemporary Polynesian perspective, with a focus on Cook’s voyages and the cross-cultural encounters and exchanges that shaped subsequent legacies of national and regional identity. 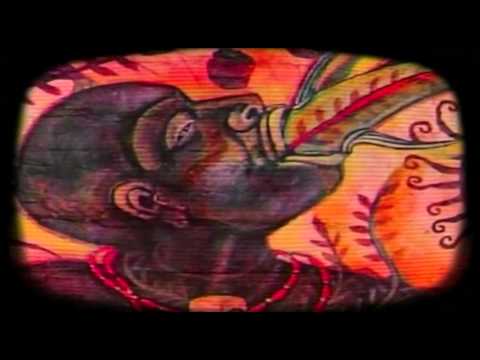 First Contact is an extended study incorporating drawings, prints, painting, sculpture and multi-media that I have been pursuing in various iterations since 2003.

The study views eighteenth-century Pacific history from a contemporary Polynesian perspective, with a focus on Cook’s voyages and the cross-cultural encounters and exchanges that shaped subsequent legacies of national and regional identity.

My First Contact installation originally debuted at the New Zealand International Arts Festival 2012 in Wellington. In the performance, the western wall of Te Papa Tongarewa (Museum of New Zealand) was illuminated by a digital projection comprising a collage of still and animated images from various Pacific archives: sketches, botanical specimens, material objects, maps and charts, films and photographs, together with samples of my own contemporary art.

There is a productive friction between Te Papa’s production of national identity and that generated by First Contact, which enhances and revivifies the museum’s role, encouraging more integrated relationships with the community and its diverse histories.

Every culture has its own unique way of archiving history that may be in restoration and preservation of natural environments, persons, architecture, or art and objects. Samoa traditionally has a strong oral history practice and for me, Siamani Samoa is like that moment when one brings out the family album – perhaps the album at the bottom of the shelf that no one gets to see – and reminds us that we are literally eating the past.

Siamani Samoa became a large-scale performance work featuring a performance of more than 20 songs of Samoan and German origin by the Royal Samoa Police Band, an immersive on-stage installation comprising locally sourced Samoan fine mats and siapo (tapa) as well as a video work showing historic and contemporary photographs, moving imagery, paintings, and other references to Samoan culture and history. The work also featured song and dance performances by the Liverpool-based Matavai Cultural Arts and the EFKS Cantebury Church.

The performance was born from a reflection on the 100-year anniversary of the end of German occupation of Samoa in 2014 and drew inspiration from the Royal Samoa Police Band’s daily ritual of marching from Police Headquarters to Government House playing their form of Viennese music.

Kia Orana folks, Tuffs here, as we all adjust to working from home base, i'm isolating myself off in the studio and enjoying my mahi. When Jacinda gives the thumbs up we'll all be in a better state, roll on post Level 4 so keep checking in on when you have your s-media time. Noho ora mai. Tuffs. FB. @micheltuffery INSTA. micheltuffery_ TWITTER. @MichelTuffery Dismiss